What’s the Best Tool to Use to Treat a Tongue-Tie? 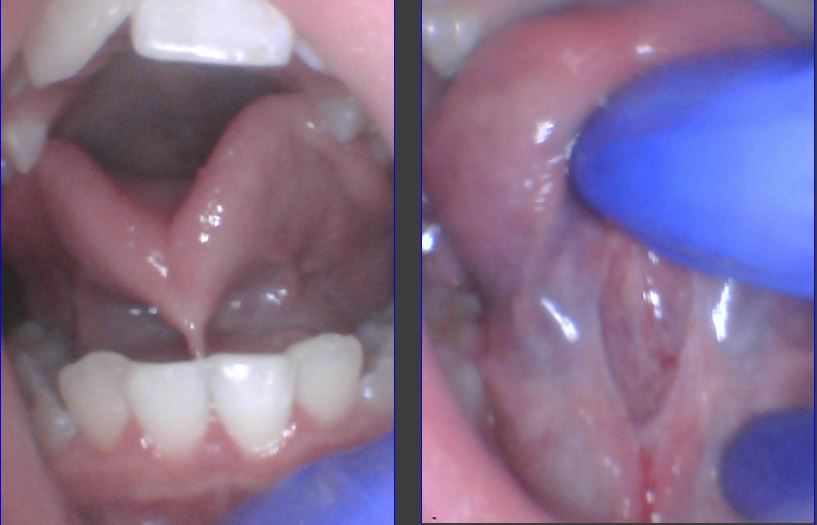 Let’s go over the different tool types and the pros/cons of each. I hope this is informative for those looking to start performing these procedures, or for parents who are choosing a provider for their child.

Tongue-ties have been performed for millennia, but it’s really since the 1600s they have been well documented. A sharp fingernail was used in the past to sever the frenum, and in fact, is still in use in some places in the world! Most practitioners used scissors from the 1600s until today, but newer options including cautery, diode laser, and erbium and CO2 lasers have more advantages over cold steel.

Scissors or scalpels are the least expensive hygienic option (no fingernails!) but have zero hemostasis (unless paired with a hemostat), and can often lead to an incomplete release. As soon as the first cut is made there is bleeding that obscures the surgical field. And you cannot see the fascia or any landmarks, and it’s difficult to remove all of the restrictions.

If I hear that a “snip” or a “clip” was performed, I can almost guarantee they did not remove all of the restricted tissue. Often, it’s done at the hospital, or by the pediatrician or the ENT, and the parents take their baby to the visit, after a few minutes of discussion, the scissors come out, snip, and they’re out the door. No follow-up. No aftercare exercises. A large bill with a facility fee attached (some as high as $5,500, seriously!) And often, little to no improvement. Sadly, this is the majority of tongue-tie treatment in America today. (There are certainly exceptions, but this is the typical story.)

Electrosurgery (or cautery) has the benefit of hemostasis, but it is burning the tissue with electricity, and the thermal damage goes deeper than any other method, 1-2mm deep. It is common in hospitals, operating rooms, and I will use it in the OR as I don’t have laser privileges if I am doing a dental rehab and the child needs a frenectomy (we do not put babies or children under GA for just a frenectomy). There is definitely a sizzle when using it though, and it’s not the gentlest method to the tissue, but at least you can get the whole restriction. Post-op pain seems to be higher than scissors or non-contact (CO2 or erbium) lasers.

The diode laser has more in common with electrosurgery than with non-contact lasers. The diode laser tip must be charred (initiated) in order to cut tissue. You block the laser energy so it concentrates and gets white-hot at the tip 700-1000C. Then the tip is touched to the tissue, and it takes about 45-60 seconds per tie, which on a crying baby seems like an eternity. There are more expensive diode lasers (Xlase) that cut faster, but most that are in dental offices, cut slower if you actually time the procedure.

Diode lasers do have excellent hemostasis and better hemostasis than erbium and CO2 lasers since it’s more akin to cautery using heat to sear the blood vessels and prevent bleeding. But the energy goes deeper into the tissue and can lead to thermal damage to surrounding tissue. I used a diode for 18 months before switching to CO2, and while it is effective, the post-op discomfort for babies and others was noticeably more. Weekly late-night phone calls of babies not wanting to nurse, and those stopped once we switched to CO2.

Non-contact or optical lasers (CO2 and Erbium), cut without touching the tissue, by the photon interaction with the tissue. The laser energy interacts with water molecules, heating them to 100C and the water turns to vapor and takes the tissue with it, so it’s called vaporization. This is the most efficient way to cut with a laser and takes about 5-15 seconds depending on the thickness of the tissue. In this video, the posterior tongue-tie release was 3 seconds. Erbium has about 10x less hemostasis than CO2, so you will still get some oozing with erbium, and most of the time with CO2 the bleeding is minimal to none. So CO2 has the most efficient coagulation and vaporization so is the tool of choice for most who do these procedures on a regular basis.

There is no replacement for good technique though, and you can royally screw up with any of these methods. We have seen snips with scissors into the body of the tongue, through the salivary glands, and into areas where there is not even a frenum! Likewise, we have seen pictures of huge laser releases that are completely unnecessary. So please do NOT just buy a laser and start cutting. You need training first.

Because of the lack of comprehensive training options, I set out on a year-long project to create an online course which goes over all the subjects you need to know and includes 25hrs of CE, 60 case studies, and hours of full patient consultations, procedures, and the follow-up visits so you can see exactly what we are doing. It’s called Tongue-Tied Academy and is a good place to start if you want to learn more.

If you want to learn more about assessing and diagnosing tongue-ties, also check out our book Tongue-Tied which we’re giving away for free to dentists and therapists for a limited time.