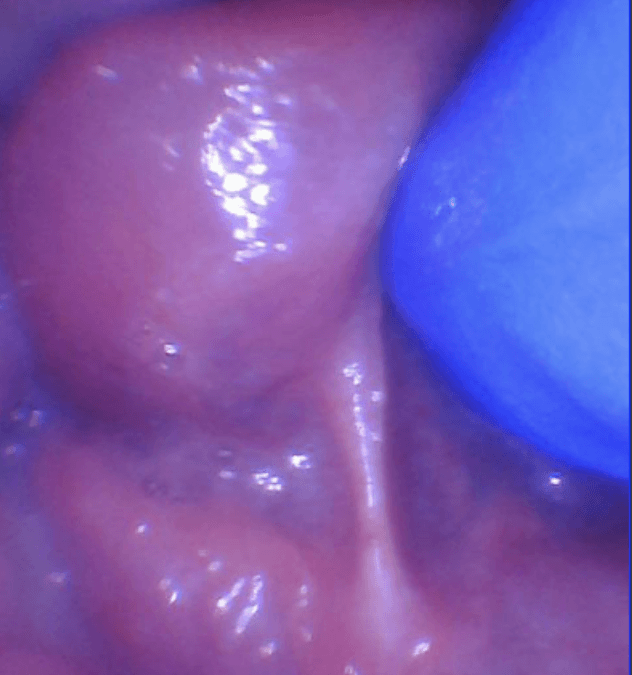 Often professionals think of tongue-tie as a simple condition; it’s a string under the tongue, and you just snip it and you’re done. “What’s the big deal?” they say.

Well, the concept of a string is much simplified (and we use the word in the title of our book as a metaphor) but it’s actually a webbing of fascia or connective tissue that is folded up into a gathering under the tongue that has a variable thickness, elasticity, and location of attachment.

In a nutshell, it’s complicated and can have many different appearances from a to-the-tip tie (anterior tongue-tie), to a virtually invisible band of restrictive tissue (posterior tongue-tie).

The difficulty in treating this condition is because any variation of appearance can cause any range of symptoms. A to-the-tip tie can sometimes cause relatively few issues, and a hidden thick webbing that many healthcare providers would dismiss or say there is “no tie” can cause terrible symptoms that greatly affect a family’s quality of life.

Symptoms and function are more important than appearance.

The picture below is of a baby who was a failure to thrive and no one could figure out why. He had a hidden tongue restriction, and after it was properly released, he gained weight rapidly, indicating that was the issue holding him back from thriving. 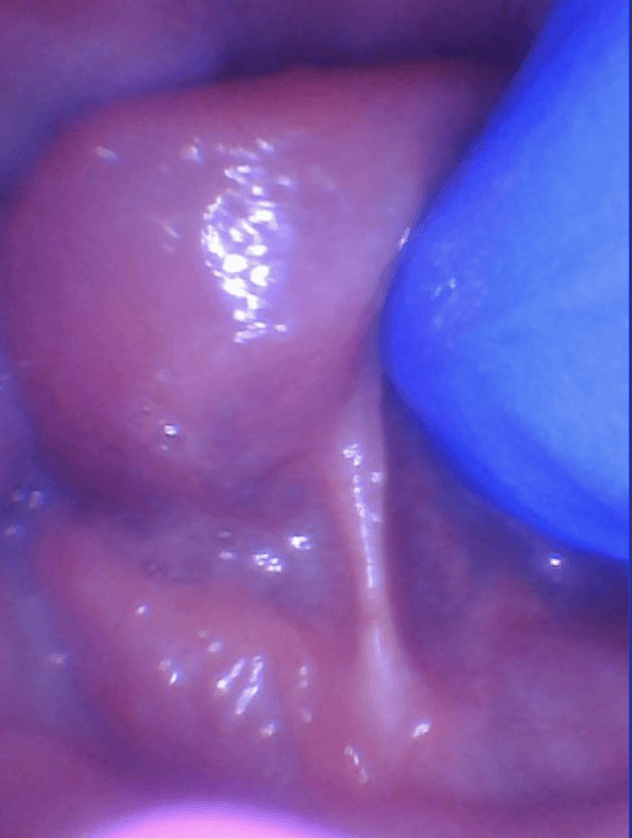 Often the moms who come with terrible pain when nursing will have a posterior or hidden restriction. The parents or grandparents will look in the mouth and not see any string, and the pediatrician or other providers will say there is no tie because there’s nothing visible.

Often moms are told “it’s all in your head,” “just toughen up,” or “just give formula” because others can’t see any reason for the symptoms that are present.

In these cases, the fascia is too tight underneath the floor of the mouth right under the tongue and can be felt by sweeping a finger underneath. It feels like a tight guitar string or a speed bump underneath the tongue, and this is what is commonly called a “posterior tongue-tie.”  If you elevate the tongue by coming from behind and using two index fingers, you can see and feel the tight restriction.

A better term than tongue-tie is “tongue restriction” because these presentations do not fit the standard definition of what the majority of medical providers think of when they hear “tongue-tie.” So a restriction of the tongue would limit mobility, and likely but not always cause a functional defect.

One other term is needed to differentiate the restrictions that cause problems since some babies or children have a normal-appearing “string” or no string at all and have terrible symptoms related to it, and others have zero symptoms. What’s happening there? Some babies and kids have learned to compensate, or deal with the restriction and their brain has programmed a way around the restriction.

However, others have not compensated and have many symptoms like trouble nursing or bottle-feeding, trouble swallowing food leading to slow and picky eating, trouble with speech sounds or a speech delay, or trouble with sleep quality due to a low tongue position because of the restriction.  In these cases, a better term than tongue-tie would be “non-compensating tongue restriction” or “symptomatic tongue restriction.” If we use this language, the other healthcare’s providers will better understand what we mean because the term “tongue-tie” has so much baggage and misconceptions associated with it.